Not for rose. But what’s in a name? 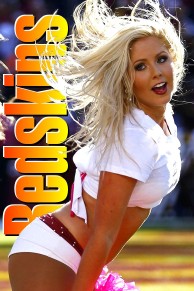 N is for N word.  Which must be more offensive than the F word, because the N word… not N word, the unpardonable N word, cannot be spoken of, or sung. Unless you’re a rapper. So, like little children, the N word… the actual N word, must be referenced by N word (because, y’know… snowflakes might melt).

But the N word is still the N word. For if a word, any word, is nothing but a combination of letters referencing some place, thing, or idea, then the N word… not the real N word, just N word, is just as offensive as the N word… the actual N word. That is to say, N word and the N word are one and the same. But what’s in a name?

In an attempt to banish an idea, the intolerant banish the word referencing the idea. Yet the idea remains.

Merry Christmas in the NFL
Here’s a helmet, a whistle too, and cheerleader pictures autographed to you!

In the Beginning was Football
On the seventh day, creation was complete. God rested. Men played football. And it was good.