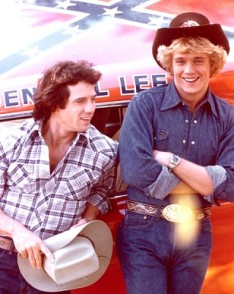 The Duke family entertained Hazzard County visitors for seven prime time seasons and endless syndicated reruns. They worshiped God, served their fellow man, and offended no one until snowflakes told them to be.

Chasing the Dukes off the air because of a flag painted on their weekend racer is laughable. And given the four-lettered filth that flows from TV these days… ludicrous.

So, you’re offended – so what? What right do you have to not be offended?

All opinions are divisive. That’s the whole point. The purpose of the First Amendment is to protect unpopular opinion. And as with any opinion, offending someone is inevitable. Maybe necessary.

Regardless of what the sparked our Civil conflict, the struggle on both sides was ultimately about freedom:

Freedom for the slavery of the few.
Freedom from the tyranny of the many.

But those barefoot boys who filled the Confederate lines had very little to do with slavery. Right or wrong, they were defending their homeland from what they deemed to be an invading force. Nothing more.

Since that time, the Rebel Flag has been brandished as a reflection of southern pride by bikers, truckers, and nearly every country music artist. And adopted by many, not of southern heritage, as a symbol of defiance against tyranny.

Banning flags, like banning speech, does not ban hate. Hate stems from the heart.

But in their quest to ban hate, the haters destroy the innocent with the guilty. And eventually exhaust things to hate: The Redskins, Columbus Day, Chik-fil-A… . And become the haters they hated.

“Rebellion to tyrants is obedience to God.”
Benjamin Franklin

Surrendering a lone opinion to the tyranny of the majority is cowardly. Something the Flag of Dixie never represented. And the Duke family would never approve.

Back to Gilligan’s Island
We’ve been granted instant hi-speed access to everything and denied nothing – except the joy of doing without.

Flintstones of Bedrock, USA
The whole purpose of language is communication. Oh, sure… everyone’s talking. And talking at once. But no one’s listening.