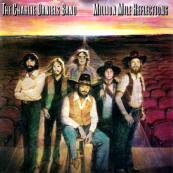 Band released two versions of their 70’s country-rock barnburner.  On the LP or FM version, as found on Million Mile Reflections and the 45 rpm single, Johnny calls the Devil a “son of a b**** “.

The clean version also known as the radio edit substituted the phrase with “son of a gun”.  The two versions are identical in every other aspect.

Numerous Best of and Essential  albums simply re-release the LP version.  Fiddle Fire and Live from Iraq do contain cleaned-up versions, but these are remixes (or live) and not the original.

The original 1979 radio edit can be found on the 1990 album Columbia Country Classics, Vol. 3: Americana.