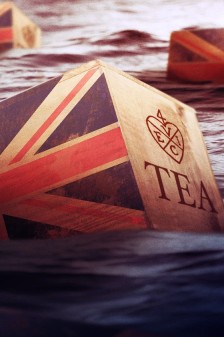 Maybe taxes paid at the point of a sword would have been better than our personal lives laid bare by an invasive 1040 form. The IRS tax packet ought to include one of them backless hospital gowns.

Isn’t it enough that the tax code makes everyone feel like an idiot?  And it still fails to answer the most basic questions of life:

Of course, it really doesn’t matter how the forms are filled out, they’re always filled out wrong.  Prompting an IRS audit, edit, and edict.  So, if the IRS already knows all the answers, why are we filling out forms?  Why can’t they just furnish the answers, and let us submit the questions.

Question: Who are the ex-wife, bookie, and neighborhood stray.  Actually, Jeopardy! would be a more appropriate name for the 1040. 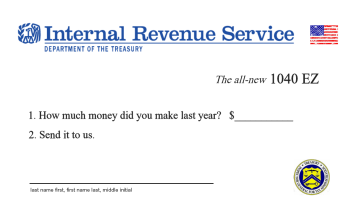 Why should taxpayers with the “approved” kinds of dependents be favored over those with… uhhm… rather unconventional dependents while demanding a greater slice of the budget pie?

Unfortunately, the federal bakery has become a lot like the cable TV – ten thousand channels and nothing on.  If they’re gonna take our money, they ought to at least give us some choice in what we get.  How about 1040 à la carte?

The problem is we’re all going out to eat knowing someone else is picking up the tab.  So, why pick at a salad when everyone else is feasting on top sirloin.  “Oh, Miss?  I’d like everything on the dessert menu to go.”

Of course, the entire purpose of the tax code is not to raise money for the general fund, but to create equality by taxing unequally.  And reams of tax forms later, we are unequal still.

“The only difference between death and taxes is that death doesn’t get worse every time Congress meets.”
Will Rogers

The Founders believed everyone should pay the same.  Not the same rate.  The same amount.  Article I Section IX of the Authorized Version actually prohibited unequal taxation.  But equality was outlawed by Marx and Engels’ 16th Amendment.

Rather than offering to keep our refund for another year or apply it to some sap’s re-election bid, they could at least be sporting about the whole thing and offer us double or nothing:

In reality, it’s not an income tax at all – it’s a “sin” tax.  And the sin is success.  The greater the success, the greater the penance.

Why tax income at all?  We should tax things we don’t want.  Like hemorrhoids.

Jeopardy!
That’s right. No beer pong tourneys. No wet T-shirt contests. And no naked runs on the quad. Well, that we know of.

Have It Your Way!
What kind of God would you like? We have God is Love, Our Mother Who Art in Heaven, and Somewhere Out There.