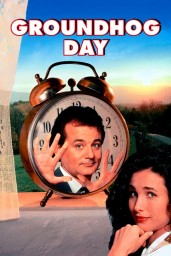 Okay campers, rise and shine! And don’t forget your booties because it’s cold out there!

…but the big question on everybody’s lips – their chapped lips, is – do you think that Phil is gonna see his shadow?

Again? It’s still just once a year, isn’t it?

That’s right woodchuck chuckers, every morning for the next four weeks everybody will get rudely awakened to the same ol’ tune.

So, hope you enjoy the festivities. Each day… everyday…  will begin with taking a knee in atonement for our national whiteout. Oh, and uh… participation is mandatory.

Three-legged Loot and Sack Chase:
All pillaged plunder not to exceed a felony may be kept following No-Bail No-Jail arraignment.

Yesterday we could argue politics in the pews and religion in the stands and still find common ground in those things which bind us together:

Stars and stripes
Balls and strikes
…the weather

But today our churches, channels, and children are all segregated into Fruity Pebble’d identity camps, and no one can pick a snowball fight without first singing everyone’s personal anthem (except the white one, of course).

But then, that’s the pledge of unwhite history month – hyphenated allegiance.

I have a dream! that one day my people will be judged by the color of their skin and become Supreme Court nominees, college applicants, disgruntled thugs… .
No, not Martin Luther King Jr.

Welcome to the snow job: Race hustlers and master baiters preach diversity and sing of rainbows but their Great Replacement Theory is strictly black ice:

They sneer at the world through their souvenir snowglobe and see nothing but identical snowflakes, then like freaks of nature set out to destroy everything that offends them – everything that is not them: Columbus Day, Chik-fil-A, The Dukes of Hazzard… .

Yeah… the truth hurts.
The truth no one wants to hear is hate.

And when hate fails to unify, the solution is to snowplow whoever’s left standing – whoever’s not protected by Diversity, Equity, and Pregnant Man Emoji.

…which is easier than facing the real problem – the racist in the mirror.

Did you ever have déjà vu?

In 1863, Lincoln liberated the Southern plantations of greed.

But every first Tuesday following the first Monday, the children of the chained sell …their lives, fortunes, and sacred honor back to the democrat’s inner-city plantations of convenience for the promise of free stuff:

And on every street corner… a Walmart, Walgreens, or Wendy’s for their smash n’grab convenience.

“In the end they will lay their freedom at our feet and say… make us your slaves, but feed us Chicken McNuggets.”
Fyodor Dostoevsky – The Grand Inquisitor meets Ronald McDonald

No, not Groundhog Day.

What if there is no tomorrow? There wasn’t one today!

Racism is a heart issue, which cannot be treated by bleeding whoever doesn’t look like you. Just as crime and poverty are not caused by a lack of opportunity, equality, or money…

but a lack of God

…there will be no tomorrow until the closed fist is replaced by an open hand, the Golden Rule, a few Beatitudes, and Love thy Neighbor.

The ground is level at the foot of the cross.

Is it too early for flapjacks?

Sonrise
Load up a Remington 870 with double-aught zombie repellant and ᴜɴsᴜʙsᴄʀɪʙᴇ ᴀʟʟ into granola bits.

Square Pegs
If want your square to be a square, then you need to let him wear his own pants.